Wladimir Davidovich Baranoff-Rossine  (1888–1944) was a Ukrainian, Russian and French painter, avant-garde artist (Cubo-Futurism), and inventor.
Wladimir Baranoff-Rossine was born in Kherson, Ukraine.
In 1902 he studied at the School of the Society for the Furthering of the Arts in St. Petersburg. From 1903 to 1907 he attended the Imperial Academy of Arts in St. Petersburg.In 1908 he exhibited with the group Zveno in Kiev organized by the artist David Burliuk and his brother Wladimir Burliuk. 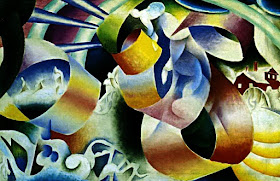 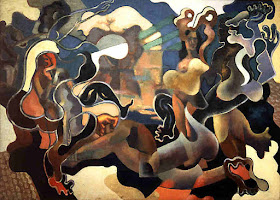 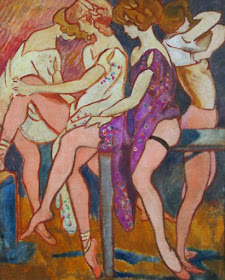 In 1910 he moved to Paris, where until 1914 he was a resident in the artist's colony La Ruche together with Alexander Archipenko, Sonia Delaunay-Terk, Nathan Altman and others. He exhibited regularly in Paris after 1911.
He returned to Russia in 1914. In 1916 he had a solo exhibition in Oslo. In 1918 he had exhibits with the union of artists Mir Iskusstva (World of Art) in Petrograd (St.Petersburg). In the same year he had an exhibition with the group Jewish Society for the Furthering of the Arts in Moscow, together with Nathan Altman, El Lissitzky and David Shterenberg. He participated at the First State Free Art Exhibition in Petrograd in 1919.In 1922 Baranoff-Rossine was the teacher at the Higher Artistic-Technical Workshops  in Moscow.
In 1924 he had the first presentation of his optophonic piano during a performance at the Bolshoi Theatre in Moscow - a synaesthetic instrument that was capable of creating sounds and coloured lights, patterns and textures simultaneously. 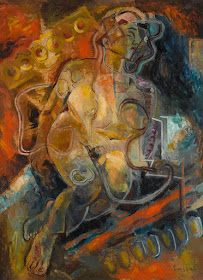 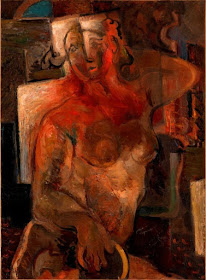 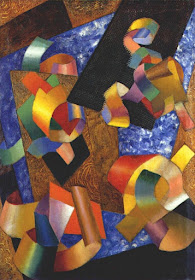 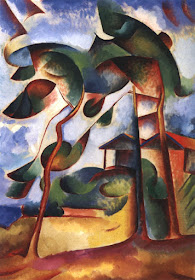 In 1925 he emigrated to France.Continuously experimenting, Baranoff-Rossine applied the art of colour to military art with the technique of camouflage or the Cameleon process and this was marketed with Robert Delaunay. Baranov-Rossine is credited as an author of pointillist or dynamic military camouflage.He also invented a "photochromometer" that allowed the determination of the qualities of precious stones. In another field, he perfected a machine that made, sterlized and distributed fizzy drinks, the "Multiperco", and this received several technical awards at the time.
During the German occupation Baranoff-Rossine was deported to a German concentration camp and murdered there by the Nazi's.Wikipedia 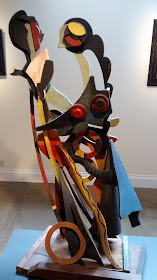